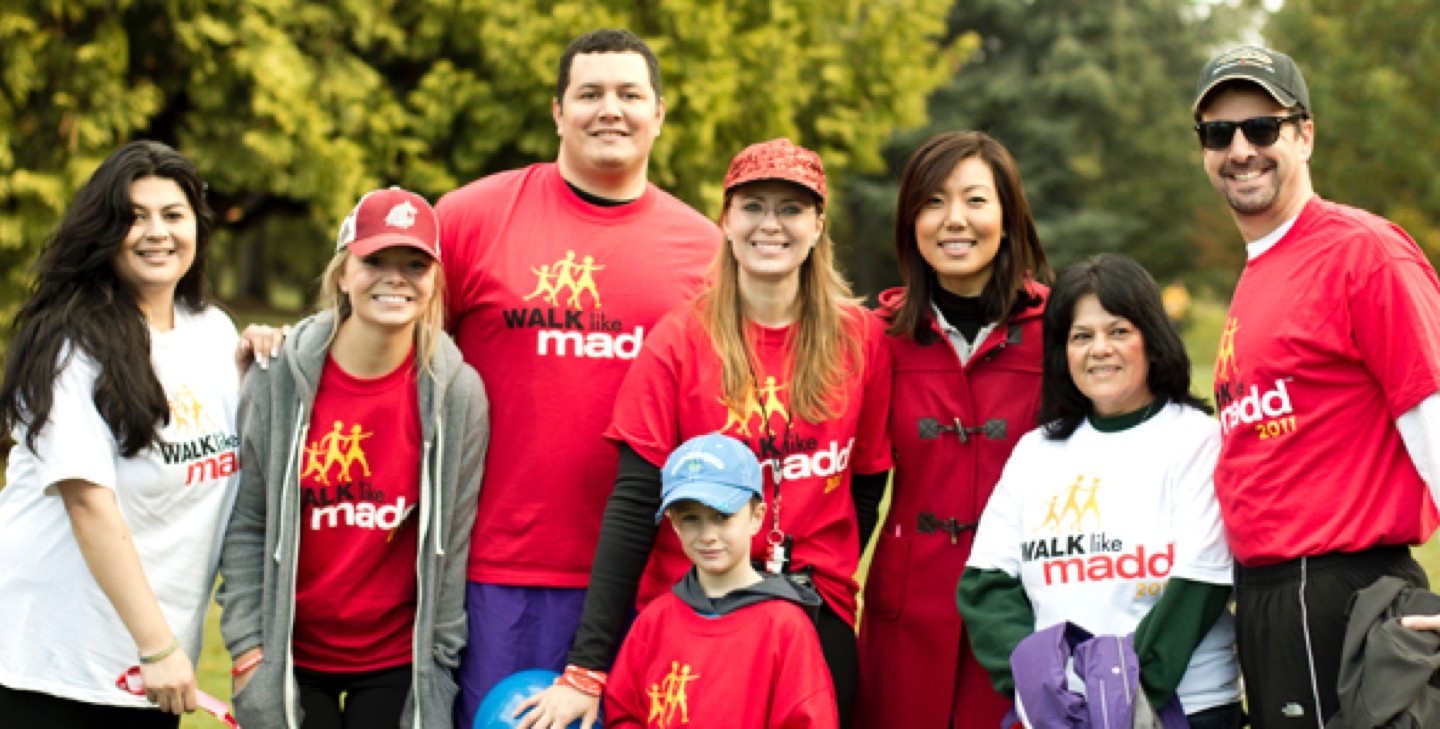 Join MADD California in the month of October as we raise awareness, fundraise, honor Victims and Survivors and impact the community where we live through our Collegiate Championship. We are asking college organizations and chapters to join the mission of MADD to create a world with No More Victims.

“On December 26,2014 I was a passenger in a car T-boned by a 23-year-old drunk driver. I suffered a C5/C6 incomplete spinal cord injury and became paralyzed from the neck down. This December I will be celebrating my 6-year life day. My family and I have been through a lot these past five years, all because someone choose to drink and drive. Currently, I am a fourth-year medical student, an advocate for disability rights, and a MADD volunteer. Despite the challenges that I face daily, I will not let this injury, or the action of a drunk driver define my life. I choose to move forward and advocate for change. I hope you will join me and my family as we walk to raise awareness as work toward a future with zero senseless drunk driving incidents. Stand up for those who can’t!” – Gretchen D-Souza

Scott Leister, a 21-year old college student, was killed August 17, 2008 in a fiery crash on the San Francisco Bay Bridge when the Mercedes in which he was a rear-seat passenger was struck from behind by a car going over 100 mph, being driven by a 22-year old with blood alcohol over twice the legal limit.  The 2:20am crash sent both cars careening across all lanes of traffic, hitting guardrails on both sides of the bridge, engulfing the other car in flames, and shutting down the bridge's timing lights.  Scott was killed instantly.

MADD contacted Scott's family within days of the crash and provided much-needed guidance and support in coping with their gut-wrenching grief while, at the same time, navigating their way through the court process to prosecute the drunk driver.  MADD walked beside the family every step of the way as the legal case worked its way from court to court, and helped them to advocate for a strong sentence, eventually obtaining a sentence of 10 years 4 months in State prison, with a required minimum time served of 85%.  Scott's family has said they could not have done it without MADD, so the "Scott Leister Family & Friends" team plans to Walk Like MADD to help Mothers Against Drunk Driving's work to prevent such tragedies from striking countless other families.