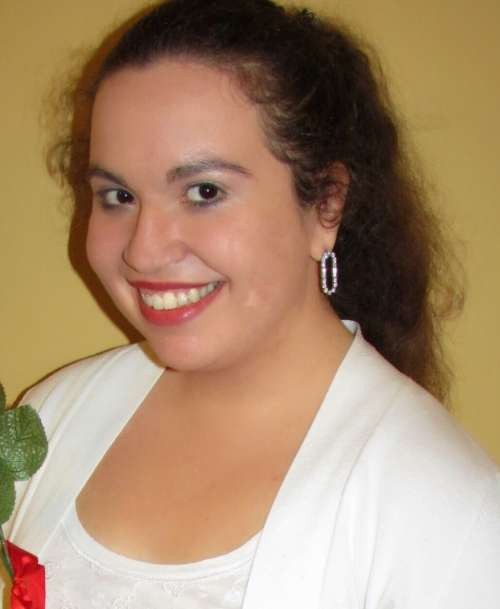 In Honor of Cristina Latino

"My name is Cristina Latino and I just graduated from Montclair State University in New Jersey. When I typically give a description of myself, I always state my name, major, or ethnicity, among other things. However, there are some aspects part of my description that you wouldn’t know from a first glance or first encounter, such as my experience as a survivor of a drunk driving collision.

The end of summer 2012 was quickly ending, and as most students do, I procrastinated in getting my school supplies for the upcoming scholastic year. I was excited to begin my eighth grade year with all of my classmates and I was a month shy of my thirteenth birthday. On August 26, 2012, I asked my parents if we could do some last-minute shopping for school supplies and we decided to go to a Walmart nearby our apartment. Because of the Bergen County blue-law, we had forgotten that stores would not be able to sell anything beside necessities. So, we decided to go to another Walmart in a different county. We were driving on Route 3 and everything was fine, there was barely any traffic and we were about 10 minutes away from our destination. All of a sudden, we felt something hit us and it made a loud and heart-wrenching sound. Because of the hit, my mother became unconscious and lost control of the wheel, so we were spinning in circles until we hit the divider on the highway. The only things that I remember clearly were my father screaming “brace yourselves” as the car was spinning and the unbearable screech of the tires. When the car stopped, I was the only one conscious and I began to speak to the On-star system that we had in our car to call the police and an ambulance. It was the most terrifying experience, especially seeing both of your parents helplessly unconscious before your eyes and being physically unable to do anything about it because I was trapped in the backseat of the car. This is something that no one should ever have to go through, let alone a 12-year old child. It is truly a miracle that my family and I walked away from this crash alive, and not paralyzed or dead. The next day in the hospital, we were informed by the police that the driver that hit us was drunk and possibly drugged and that the criminal was released from jail after spending just one night behind bars.

About a few weeks after the crash, my uncle had heard of Mothers Against Drunk Driving and informed them about our case. MADD quickly became involved in our lives and offered their services to us. Ever since then, my family and I have been involved with MADD and have continuously spread drunk and drugged driving awareness. On behalf of my family and I, we would like to thank Tara and everyone at the Staten Island Walk Like MADD for giving me the opportunity to speak about our experience. I could not be more grateful to share my story with hope that this would one day inspire others to think before they drink. Drunk/drugged driving is a real epidemic, and while many efforts are being made, there is still a long way to go to resolve this issue. With the help of determined individuals such as everyone from MADD, we can and will end this epidemic. Thank you."