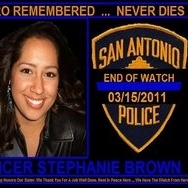 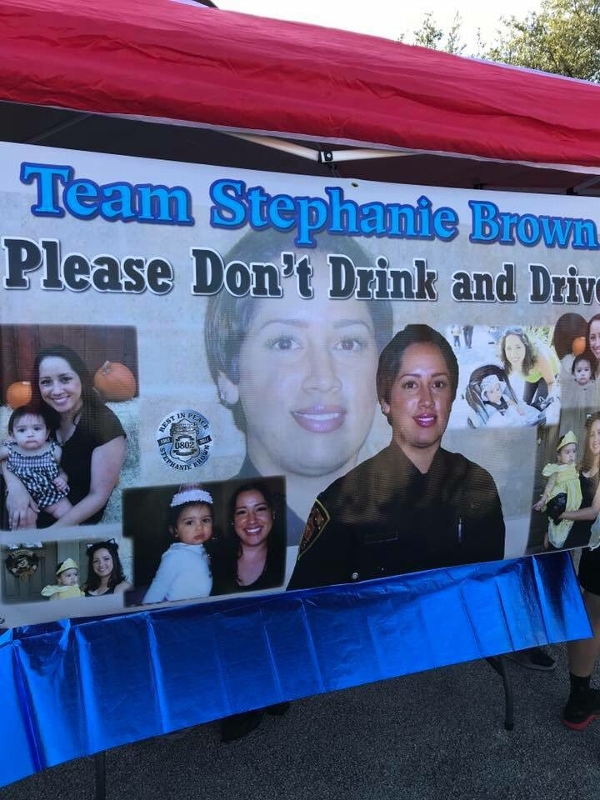 Officer Stephanie Brown was killed when her patrol car was struck by a drunk driver while she responded to another call.

As she responded to the call a man driving the wrong way on I-35, near McCullough Avenue, struck her patrol car head-on. She was transported to University Hospital where she succumbed to her injuries. The driver of the other vehicle died at the scene.

Officer Brown had served with the San Antonio Police Department for three years. She is survived by her one-year-old daughter and her father, also a San Antonio police officer.