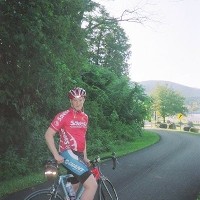 IN MEMORY OF MATTHEW LOGAN SCARPATI

"We live on Long Island, but the Capital Region has been home to generations of my family and continues to be my weekend destination.  My great-grandparents, grandparents, parents, uncles all lived, worked and went to school in the Capital Region.  That is why it was so upsetting to learn that our sanctuary was rocked when our offender was assigned to Mount McGregor Correctional Facility in Wilton.   Our last vacation had been at Lake George and one of the last pictures we have of Matt is on the bike path in Lake George.

On the morning of July 20, 2009, I woke up as the mother of a teenager, a job I loved.  Matt was one of the funniest, kindest and most wonderful young men I will ever have the pleasure of loving.  We traveled to England, Spain, Czech Republic, Hungary, Italy and many resorts and states, but his favorite destinations were …Disneyworld and Lake George.

By midnight three State Troopers were at my home, delivering news I did not want to hear, nor did I understand.  A 44 year old motorcyclist had left the Wantagh State Parkway at speeds estimated to be 85-100 miles an hour and struck Matt as he was on the bike path.  He was thrown at least 50 yards and the state troopers began to look for the owner of the bike.  Matt saved the life of the man who struck and killed him, as he probably would have gone into the water.  Matt was the only one who died that day, but all who loved him died a bit that day."